Our Trustees and Patrons

We appreciate the guidance and care of our Wisdom Council – including our Trustees and Patrons.

Working in collaboration with our staff and Team, our Trustees develop strategy, provide governance and oversee staff support.

Marian was a senior feature writer and commentator on several publications – covering conflict and disasters around the world - before becoming a lecturer in journalism at Napier University. She subsequently taught a range of English and communications courses, and enjoys encouraging participants to explore their inner being through creative writing. She has written ten books – social history and biography. She founded and chairs a charity that provides education for vulnerable children in Zambia. She has worked in a voluntary capacity with Justice and Peace Scotland for many years, and as chair of Pax Christi Scotland hopes to engender a nonviolent society. Richard Armiger is the Director of Regional Learning & Development. Richard has worked for the Methodist Church in learning and development for the last 14 years. Richard has a passion for enabling people to flourish and achieve their full potential as God intends for all his people. He has previously worked for the BBC and run his own media and training company Active Media Publishing. Richard is a trained trainer in conflict transformation and appreciative inquiry. He is an MBTI (Myers Briggs) accredited practitioner. Richard is a Local Preacher, MBA qualified and has an MA in Mission and the World of Work. He is married with two children, a daughter aged 15 and a son aged 18, and enjoys walking, photography and spending time with his family. Mirella Yandoli currently works as an interfaith and equality diversity and inclusion officer. Her main professional interests lie in the intersection of faith, equality and gender justice. Her role is split between managing focused dialogues with faith groups, education on the prevention of violence against women and the strategic development of the Church of Scotland’s first equality diversity and inclusion group. Through this varied and challenging role, Mirella enjoys working with others to find creative solutions and ideas relating to justice and equality.

To understand many things you must reach out of your own condition. ~ Mary Oliver (from the poem ‘leaves and blossoms along the way’ in the collection Felicity) Hugh Foy is Director of Programmes and Partnerships for the UK Region of the Xaverian Missionaries.A lifelong, grassroots Anti Poverty and Trade Union activist, Hugh is a Teacher by profession, and has held a number of posts in Education and Social Work. Hugh is Vice Convenor of the Board of the Poverty Alliance, and a member of the National Steering group of the Scottish Living Wage Campaign. From 2017-2019 he served on the first  Independent Poverty and Inequality Commission established by the Scottish Government.

Something that gives me hope...

The beginning of growth in the Churches and Secular organisations in exploring non violent solutions to conflict transformation. Deputy-Chair of the Board

Muriel is a Church of Scotland parish minister serving in Cranhill in the east End of Glasgow. She was formerly a secondary school guidance teacher and is currently trying to learn the principles of non violent communication (NVC), having always been very interested in how we learn to talk to one another in respectful, creative and safe ways. Muriel is also on the board of Cranhill Development Trust in Cranhill.

Whatever you can do, or dream you can, begin it. Boldness has genius, power and magic in it. Begin it now. - Goethe Elspeth is retired, after a career teaching children and young people with complex additional support needs. She also qualified as a counsellor and has worked as a volunteer counsellor.  For a few years, Elspeth worked as a Practitioner with Place for Hope. She enjoys spending time with her five grandchildren! David currently works for the Scottish Government within workforce reform. Previously, he worked with infrastructure, government and healthcare clients in his role as a management consultant with an international professional services firm, specialising in operational transformation and people & change. As a qualified executive coach, David enjoys supporting people into mature leadership.

Owning our story can be hard but not nearly as difficult as spending our lives running from it. – Brené Brown Chair of the Board

John is the Provost of St Mary’s Episcopal Cathedral, having taken up that post in September 2017. Previously he was the Rector of St Martin of Tours Episcopal Church in Tynecastle, Edinburgh. During his 16 years there he helped establish the St Martin’s Community Resource Centre in a re-developed building. Alongside that he had two spells as the Co-ordinator of Initial Ministerial Education in the Diocese of Edinburgh, with responsibility for clergy training, was Co-Convenor of Edinburgh Interfaith Association, and Convenor of the Diocesan Mission & Ministry Committee. John is married with 3 daughters. Jane Fender-Allison is a disputes lawyer and mediator, with global law firm CMS.  She specialises in the resolution of infrastructure, construction and energy disputes in the UK and internationally.  She is highly experienced at representing parties in mediations and has been a meditator and regular practitioner herself since 2012. She is accredited as a Specialist in Commercial Mediation by the Law Society of Scotland. John is a happily retired Church of Scotland Minister. After starting his working life as a brewer with Scottish and Newcastle, he served parishes in Edinburgh and East Kilbride, followed by a spell working for the Presbytery of Glasgow as Congregational Facilitator. He then joined the Interim Ministry team in the Church of Scotland, the post from which he retired.  John is a volunteer practitioner with Place for Hope, and occupies the place on the Board set aside for a practitioner.

We deeply appreciate the support of two patrons. The Very Rev John Chalmers, previous Moderator of the Church of Scotland (2014-15) who was instrumental in helping to establish Place for Hope; and David Brubaker, a longstanding friend and enabler of this work. David is an Associate Professor at the Center for Justice and Peacebuilding (Eastern Mennonite University). 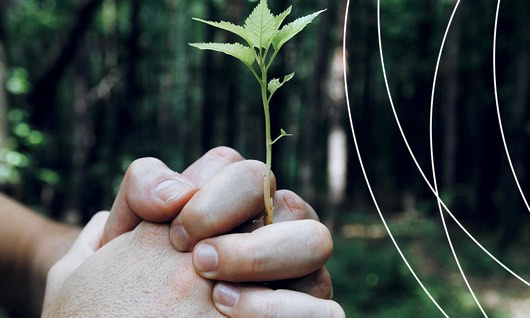 Reconciliation:
To Repair with God

An article by Nancy Adams, featured in ‘Inspires’ exploring the art of reconciliation and the dynamic of conflict. 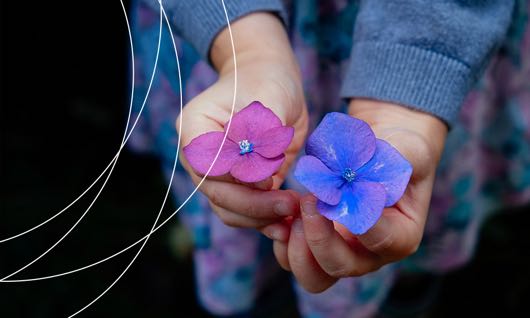 Place for Hope: The Need for Reconcilers

An article by Hugh Donald, featured in ‘The Edge’, discussing the call to reconciliation and the journey of Place for Hope